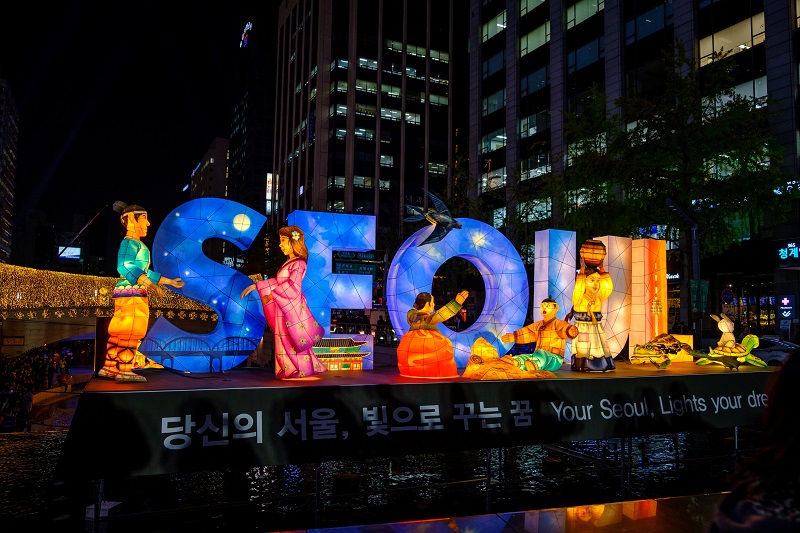 The pandemic did a number on South Korea’s businesses during the first year, with thousands of shops closing, reducing heavy foot traffic in popular Seoul night markets, like Myeongdong and Dongdaemun. Sure people had ways to shop on their phones, with online shopping becoming the most heavily-utilized service in Korea during this period, but that didn’t generally help retail shops. Now after a two-year-long hiatus, people are starting to come out of their homes, gradually returning to their preference of shopping in person.

Because Korea’s known to come alive during the night, expect a bustling display of both locals and tourists in every Seoul night market. Business owners big and small are bravely putting up their stalls once more, ready to receive a heavy wave of buyers in the warmer months. Fun fact: a Korean night market, or bamdokkaebi, consists of two words: bam (night) and dokkaebi (goblin). You’d think this is a strange combination of words, but apparently this comes from a phrase that translates to “goblin that comes out at night and disappears by morning.”

This phrase perfectly metaphorizes night markets in Seoul, because this is what generally happens. Dongdaemun, for example, is barren during the day, when people only come to see the art installations in full view; at night, it turns into a shopping mecca. People come to Seoul night markets to do two things: shop or eat. But wandering through the streets also offers fun things, like buskers, historical temples with cultural performances, or the occasional filming of a K-Drama.

Whenever you decide to come, here are the top 7 night markets in Seoul for you to plan your trip around.

Now that you know basic Korean market etiquette, it’s time to test your skills in the following night markets in Seoul.

If you’re a big fan of sales, this market holds them thrice weekly! It’s a cheapskate’s paradise, with items sold here cheaper than in other markets. Moreover, many stalls are already equipped with card payment, making it a convenient shopping experience for locals and tourists who may not be as familiar with Korean currency. There’s also a quirky history behind the name “dokkaebi”⁠— in the 80s when department stores were on the rise, unlicensed vendors would gather in this location. Whenever they’d hear the word of police coming, they’d immediately disperse like goblins flitting off into the darkness.

Dongdaemun Night Market is hard to miss than other Seoul night markets because it is situated near Dongdaemun Design Plaza (DPP), a visually breathtaking structure created by the late architect Zaha Hadid. Known all over Seoul as its designated “fashion town” since 2002, the newest clothing trends are found here. People with 9 to 6 jobs flock here after work, especially on paydays. If you’re also lucky, you might get to see fantastic light shows and performances held near DDP.

If you wish to time travel, this market transports you back to ancient Korea, ya know, before there were two of them. Compared to other night markets in Seoul, the time slip market features traditional performances, authentically Korean food, and even specific tourist sights. Streets are lined with cheongsa chorong (Korean lanterns), making the night view of the city streets a picturesque backdrop for your next selfie. Moreover, the faint glow of lights illuminating the Cheonggyecheon Stream is one of the most romantic sights you’ll ever see, making it the perfect night market in Seoul for a date.

It’s always busy in Myeongdong Night Market because this is a street food paradise. Tasty food options like soondae (blood sausages) or hotteok (Korean pancake) are sold here at a lower price than in other markets. What piqued my interest, though, was the grilled cheese lobster stall. I’ve never seen anything like it, so I thought I should try it. Of course, it is pretty pricey (₩ 15,000 apiece – equivalent to a muhan refill samgyeopsal meal), but I promise you that a bite of this cheesy snack is worth every penny.

Also known as the oldest and largest of the night markets in Seoul, Namdaemun Market is notorious for never closing. Like the Time Slip Market, this market also lets you see the traditional side of Seoul because Namdaemun houses the old entryway to Seoul: The Sungnyemun Gate (The Great South Gate) and the Deoksugung Palace (or the old home of Joseon Dynasty royals). This market is also the best place to find gifts and souvenirs for your friends and family since the vendors here sell just about everything you can think of.

Season: April to October. Visit their website for more details.

Operating Hours: Fridays and Weekends, from 6 PM to 1 AM

Their marketing says this is a “trip around the world in one night against the backdrop of the Hangang River.” Locals love attending this seasonal and occasional “Bamdokkaebi event” because it brings together a variety of delicious foods from other countries. Foreigners stationed in Korea also come here to remember the taste of home, and get a sample of some future possible travels. Unlike other Seoul night markets, this spot doubles as a music festival, with legendary performances from traditional and modern to buskers and celebrities.

Even though people think ofGwangjang market as the market that makes Korea’s finest hanbok, the real gem for tourists is their ‘food street.’ Situated on the market’s ground floor, people come to eat the legendary Gwangjang bindaetteok. These traditional pancakes are made from mung beans instead of wheat flour, and make for a unique taste of old Seoul.

The reason why there are so many night markets in Seoul is to help people wind down after a long day at work. Stressed office workers & students alike get their much-needed retail therapy or comfort food from any number of these stalls. If you’re a visitor, it’s an excellent way to change your perspective and see a different side of Korea, thanks to evening performances and other exciting events that happen at these markets. Whether you’re a local or a tourist, dropping by any or all of these will surely give you a night to remember.