It’s now been exactly three months since my laser eye surgery in Korea, and I am officially out of the danger zone.

*November 2021 update: four years after the initial operation, I started needing a little support in my right eye, but I still don’t need glasses for it. Big ups to Haneul Clinic in Gangnam! 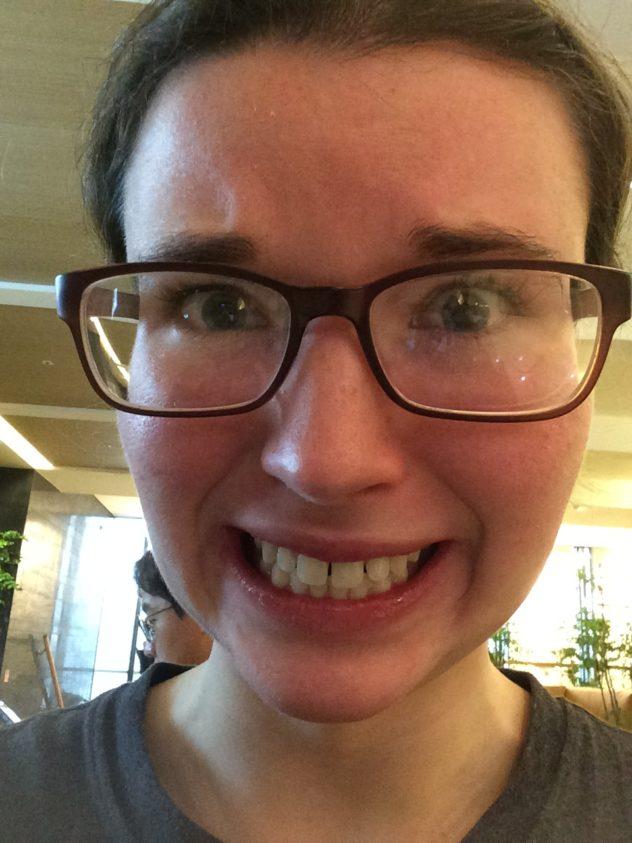 Going it Alone: Surgery in Gangnam

Actually, I was cleared for “everything” after the two week mark, but just to be safe, I’m following what people online have repeatedly said. I have been cleared for the Korean sauna! Now, there is a lot of information out there on getting laser eye surgery, and a decent amount of it regarding getting it done in Korea. The difference between me & those other accounts is that I went to a non-English-speaking clinic (named 하늘 인과) in the upscale neighborhood of Gangnam, rather than one of the many foreigner-oriented practices. And I went there alone.

This means that I had a somewhat more intimidating experience there than I might have had in an English-speaking clinic with a personal translator, but here’s a secret: all Korean doctors receive their schooling in English. So especially for them to be working at such a well-reputed hospital in Korea, in fact thought to be the best in Korea, I was told, means that they did very well at this school.

Also, unlike most hospitals in the US, in Korea they allow you to get Lasik the same day as you come in for the corneal tests, as long as you pass both of them. If you are a good candidate and decide on same-day surgery, you only have to return to the hospital a week after surgery for a free follow-up appointment. All of my tests passed with flying colors, and I am still very happy with my choice to have the surgery, especially considering the much lower price here compared to the States.

Before Surgery: At the Hospital

Looking back, the only thing I would have done differently is to bring a friend, Korean-speaking or not, to hold my hand during the surgery— it was scary! Over the course of three or four hours I had to go to six different rooms for tests, with five different doctors and nurses explaining things. I had done lots of research, so the small language barrier was not really an issue with them. The doctors spoke enough English to communicate, and the little Korean I had was helpful.

I was taken to three different floors of the huge building at varying times, and there were dozens of other people there also getting their eyes tested, despite the fact that it was Christmas Eve. All of the doctors were very nice and accommodating. The hospital’s wifi is stupendous and it’s probably the nicest hospital I will ever be in. It’s beautifully decorated and elegant but calming. The staff actually smile a lot, which was very comforting considering I was alone in a foreign country.

During Surgery: The Main Event

For the surgery itself, they take you into a room where they confiscate your shoes and phone, but give you a pair of super comfy slippers which I wish I had known how to ask where to buy. Unfortunately, I was distracted by the fact that they also took my glasses, and then put a blue paper hair covering on my head before wiping down my face with a two tiny wet naps on the ends of chopsticks. Seriously.

The dim room made sense when they put the numbing eye drops in my eyes. That’s when I started wishing I had someone to hold my hands. Picture it: you’re led into a room and it seems that none of these people really speak any English other than “here” and “sit down” and “calm down” and “look only at green light very important.” It was absolutely terrifying, to be honest.

Whereas before I was definitely getting by without Korean and knew that these were some of the most well-trained doctors in the world, right then I was frightened. Getting lasik in Korea, or any other surgery for that matter, is nothing to take lightly. I mean, I definitely preferred him being curt and professional with me over coddling me and delaying the procedure. But I was quickly clenching my shirt and chanting “green light-green light-green light” in my head.

From other accounts I was then-immensely glad to have read, I knew to frantically keep looking for the green light among the Christmassy kaleidoscope of colors displayed in front of my captive eyeballs. Literally, it felt like they had clothes-pinned my eyes open, but my hands were free to roam my tense torso. Near the end of the surgery on each eye, he tell you that this is the “most important” part, and so you count to ten in your head and smell the burning popcorn that is your eyeballs. Straight up. Hit that stop button on the microwave, burning. Popcorn.

I think that the second eye was actually worse, because I knew what was coming. It just felt like such a tremendously important moment, and that responsibility for my vision was petrifying. It took maybe five minutes in total, but it felt like an hour thinking back on it. It sounds ridiculous now, but I remember that it was one of the hardest things I’ve ever done in my life to keep staring at that green light. It felt so momentous.

Colors kept blurring and dancing around and disappearing and you would lose sight for a few seconds at a time and just try to direct your gaze where you think the green light would still be if you could see. The green-red-white-black background all bleeds together quite immediately. It got so unbearably bright at times, so I became forever grateful to those clothes pins, and later on, my eyedrops regimen.

Then it was over. You start putting your regimen of drops in shortly after you return home. You can see, but during that first week after surgery everything’s is really hazy, like when you first wake up. It feels like there’s something in your eyes and you just want to get it out. There was a one-week follow-up appointment, and I was told that if there were any problems I should call them, but that I didn’t have to come in for any more appointments. I made it home safely on the metro right after my surgery, and I continued teaching less than two days later, albeit to giggles at my indoor sunglasses. For the rest of the month I put four different types of eye drops in religiously, and tried to blink way more. Not to mention those snazzy goggles I wore to sleep!

Do you have any experience with medical tourism? Any advice? Drop it in the comments below!

Hello & Welcome! I'm Max, a 3-year resident of rural South Korea. Hi, Max. A chocolate aficionado from the USA, I'm passionate about helping you have the best trip possible in Korea & beyond!